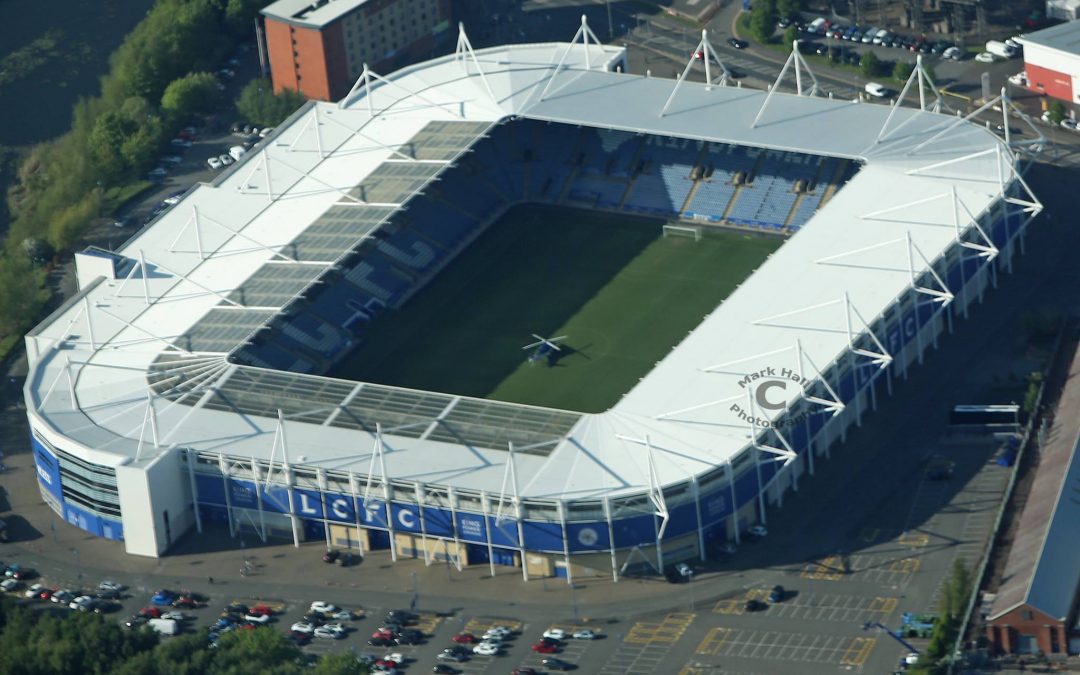 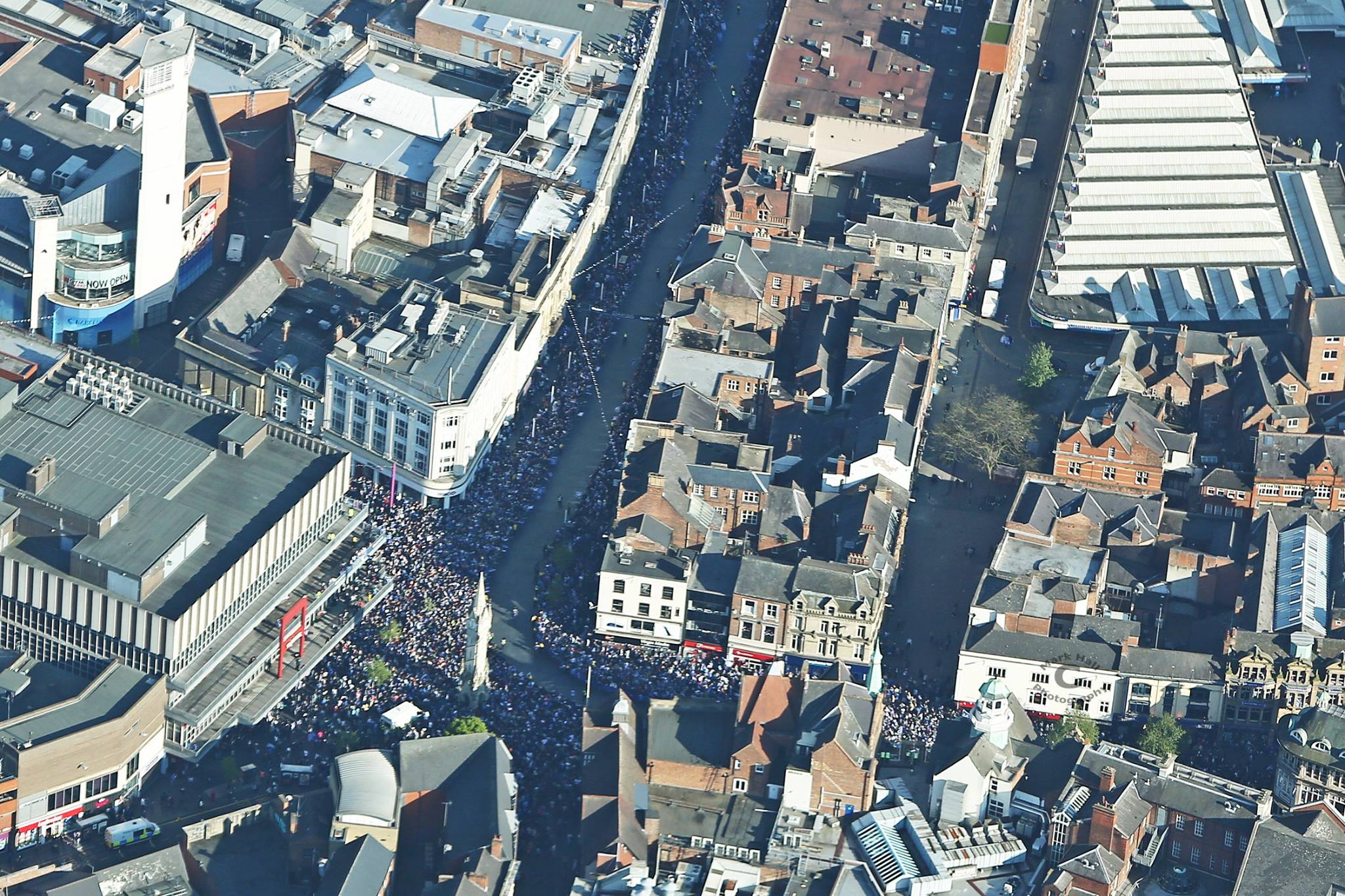 Today, rather than a picture a day from me, I am staggered at the kindness of Mark Hall who has allowed me to use these images he took yesterday. Please note that all these pictures, including the stadium photograph are Mark’s copyright. 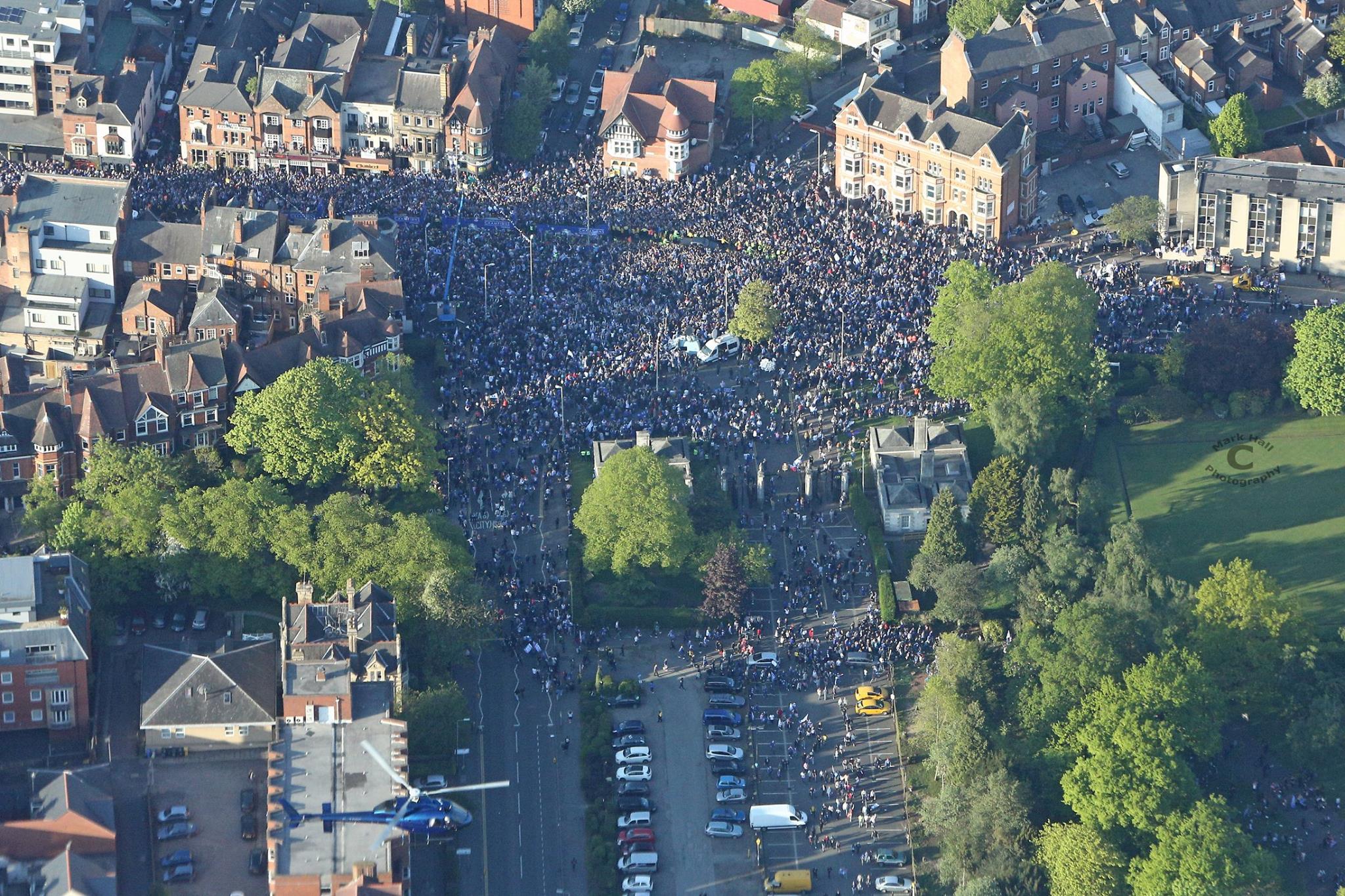 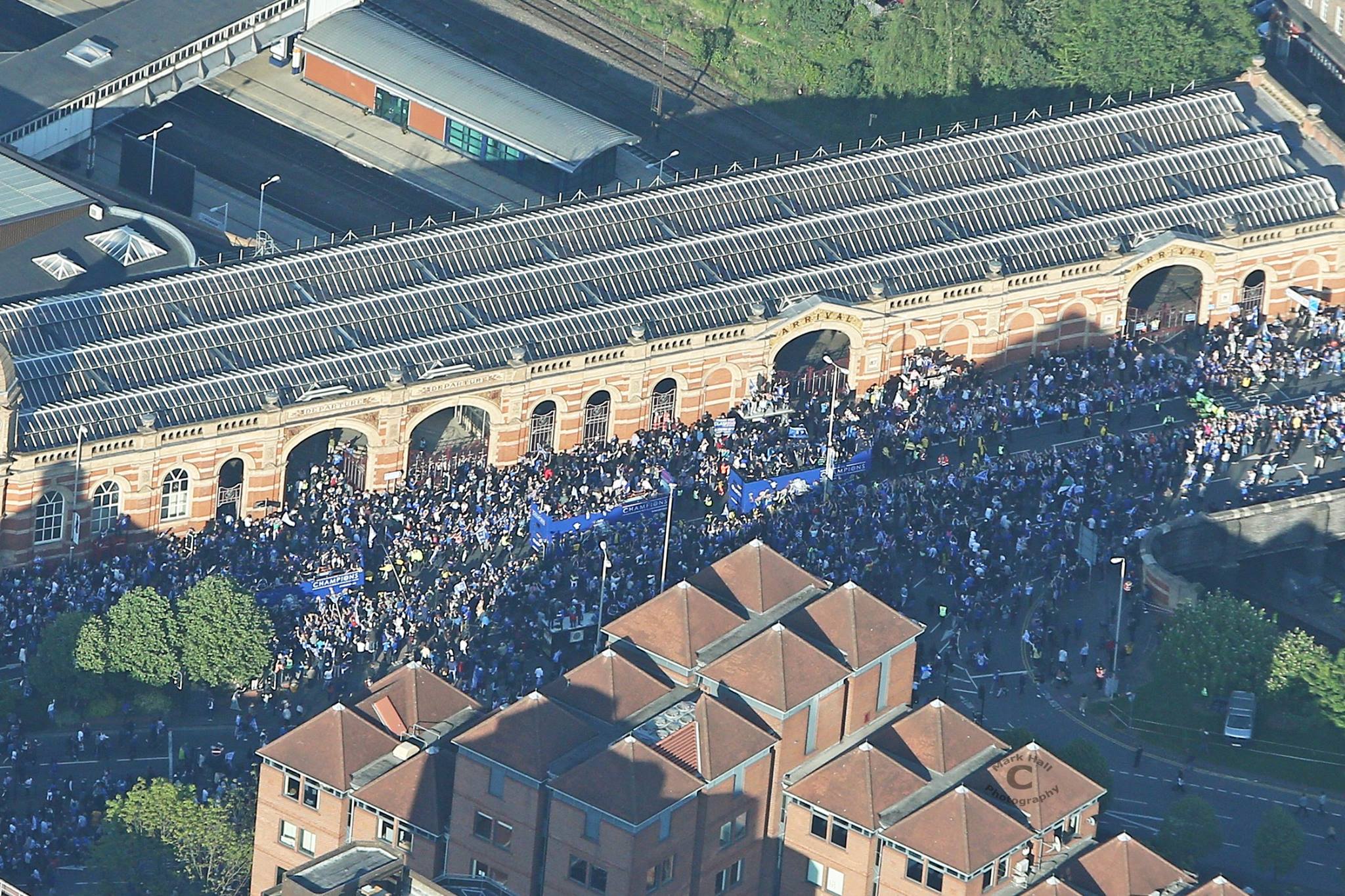 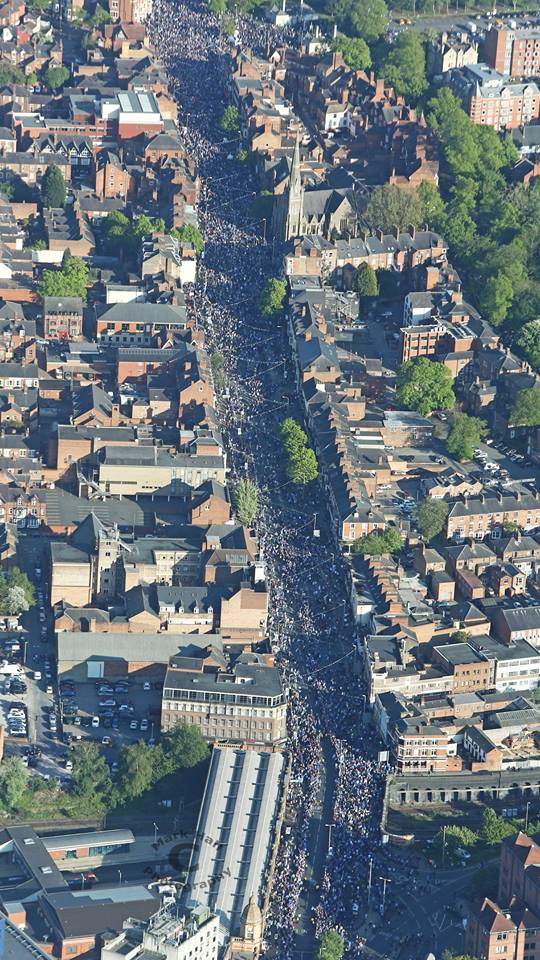 Blunts Shoes and the Premier Inn frame the parade on the end of Granby Street. 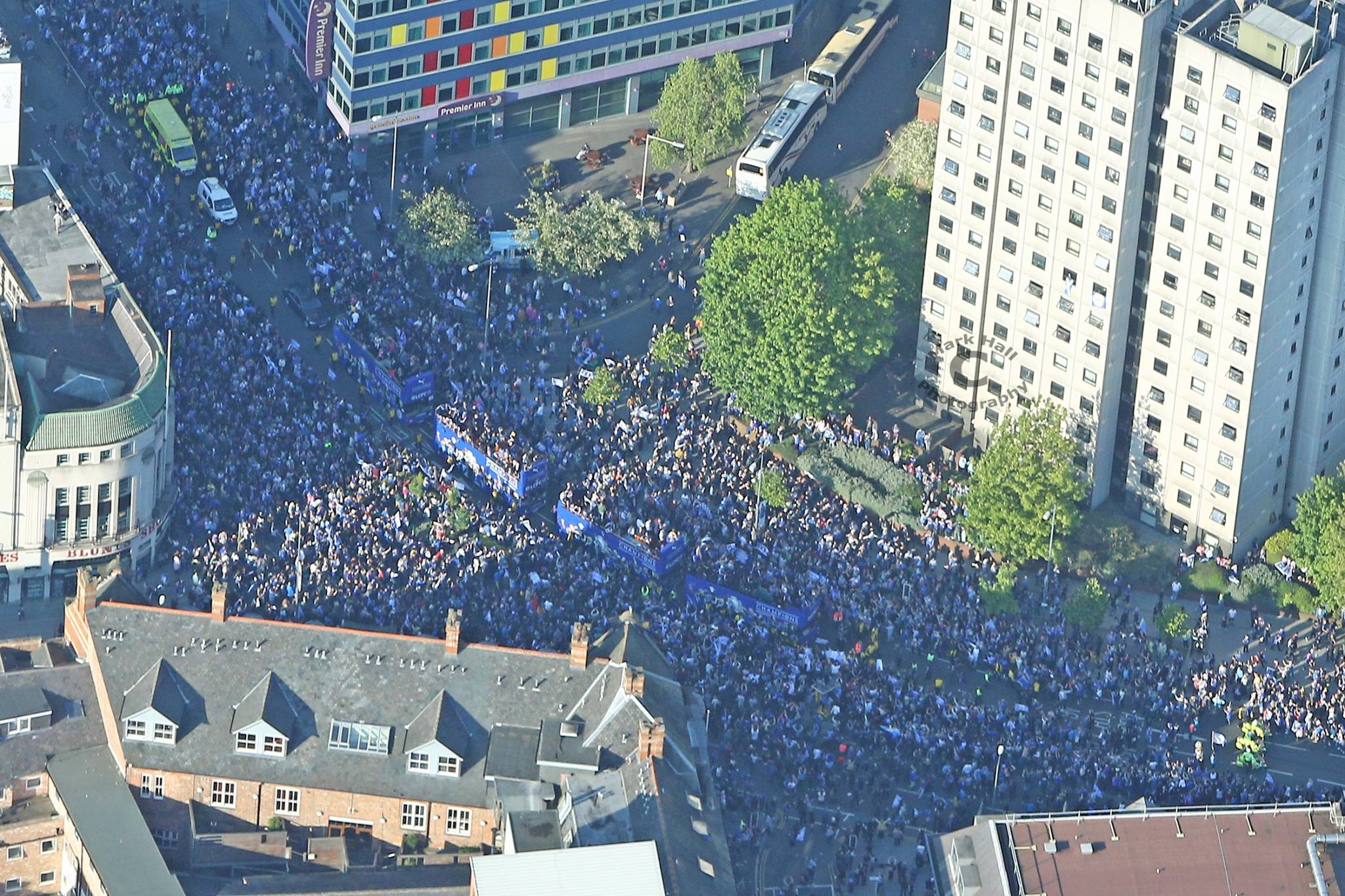 The Kasabian concert and presentation in Victoria Park. The pictures below show the crowd building up 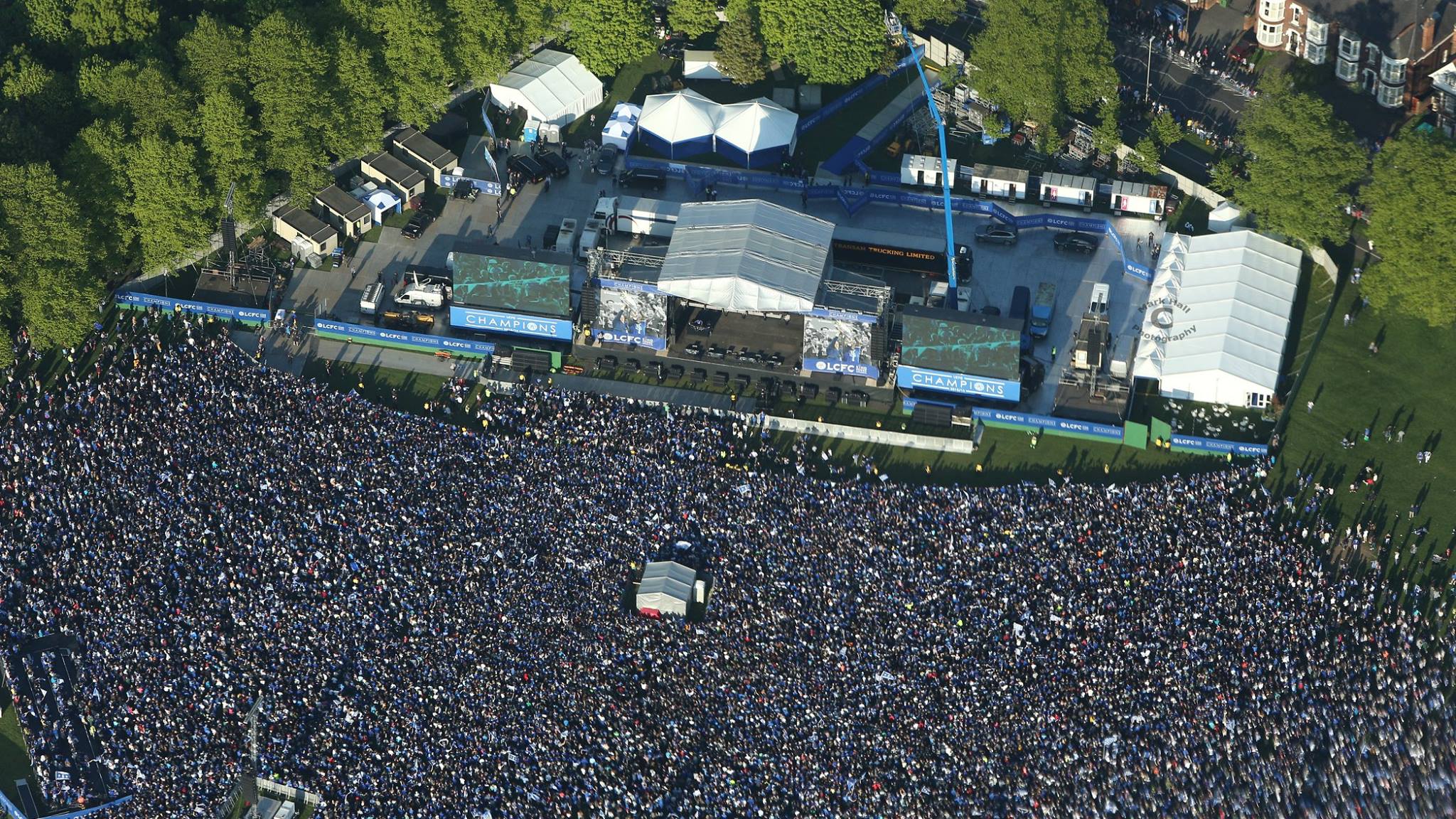 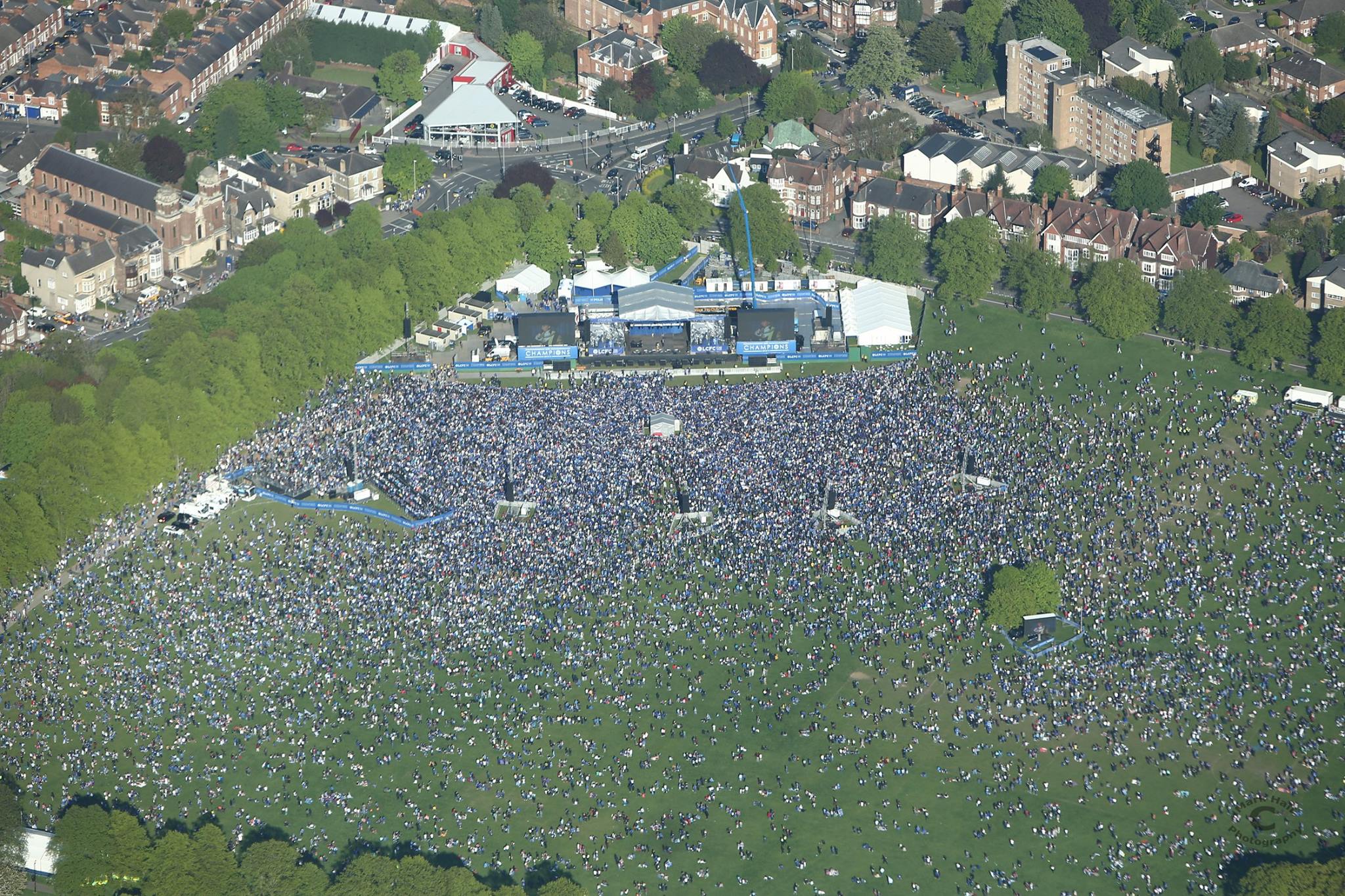 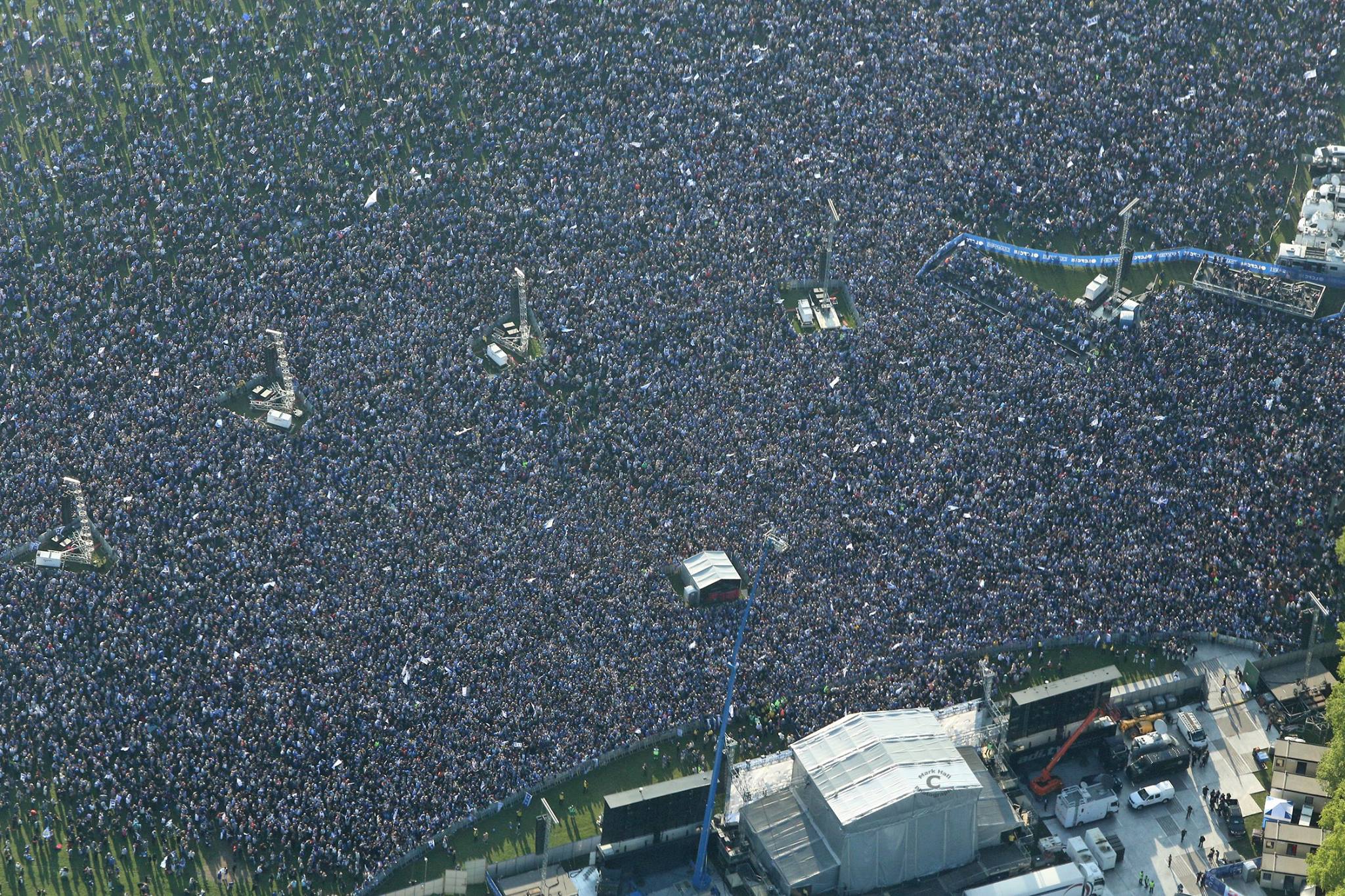 It had to be a Stockholm Picture

Tonight is a good night to be off social media, as I need to fully concentrate on the Eurovision song contest.
This is also a good nigh to not watch the BBC.Held this year in Stockholm.

In 2010 I visited and an the half marathon. Whilst in Stockholm I took a series of pictures from the HISS. I’m sure there are more than one Hiss in Stockholm, as a Hiss is a passenger lift. This particular Hiss was an outdoor one with a viewing platform and I understand it’s not open anymore.

Previously, the packages I had for panorama stitching all struggled with these pictures, as I had taken them with a few ‘planar’ issues. The problem was that I’d taken the pictures with my camera not vertical in a few of them.

Affinity Photo on the Mac was able to pull them through with few problems.

A stunning city, that fully deserves its “Venice of the North” tag.

Wildlife Photographer of the Year 2010

In 2010 I wandered off to Snibston Museum, which used to be in North Leicesterhire. The museum was hosting the winning entries in the International Wildlife Photographer of the Year competition.

It was a bit distressing to see the sign above. It was also very distressing to know they were closing the museum down. It was a wonderful place with some terrific, if under-fed, exhibits.

The image that was disqualified can be seen here – it really is a stunning photograph, regardless of the acting credentials of the wolf.

In this blog, I am trying to add a relevant page a day, hopefully of pictures taken that day. The weather was a bit grim today so time to have a glance in the archives.

These pictures have been edited a little bit (or in the case of the bottom one, a little lot with Affinity Photo). Segovia is one of those places that I really want to go back to and have a day of wandering around with my camera. A truly wonderful place.

Segovia Castle truly is one of those “I bet you never knew a building like this really existed”. It’s title is the Alcazar of Segovia and looks like it could be at home as a film set for “Snow White” or even for “Colditz”.

On a tour of the castle, the guide explained that the Kings and leaders of various parts of Spain came together to sign the pact to unite Spain as one Kingdom. It was at that meeting that they agreed on Madrid to be the new capital. The Wikipedia article has much more information on the city.

“After a great deal of thought, I’ve had to pair back my twitter presence. Please bear with me over the next few weeks as I’ll be drifting.”

I read this from a very active twitter user, as I was loading a pdf on to my son’s Kindle – to give me the chance to read the pdf without distraction. The focus of the pdf is Focus.

Focus is an excellent free book by Leo Babauta,  the link is at the end of this blogpost.

Here’s my interpretation of the message – linked to one of my favourite hobbies – photography.

But it’s oh so easy to find lots and lots of distractions on the way. So you’ve decided to write a blog post, or read a book or prepare a report. But you just have to check your email, twitter, texts and all the other stuff.

Before you know it – the other stuff has multiplied. Your main task (in this case the focus of the focus) has become a ‘by the way’.
And – look, something new to play with. (Why does the voice in my head scream ‘Avoid Facebook’ just here?)

Suddenly, something new has taken over your attention. You’ve forgotten what you were working on in the first place.
Easy – let’s get an overview again so we can see where we’re supposed to be.

Now where were we?
The distractions have caused us to lose the plot.

An interesting aside – the effort to take the pictures above was probably the most focussed  I have been for a long, long time 🙂

Does this feel familiar? If so, you’re not alone.